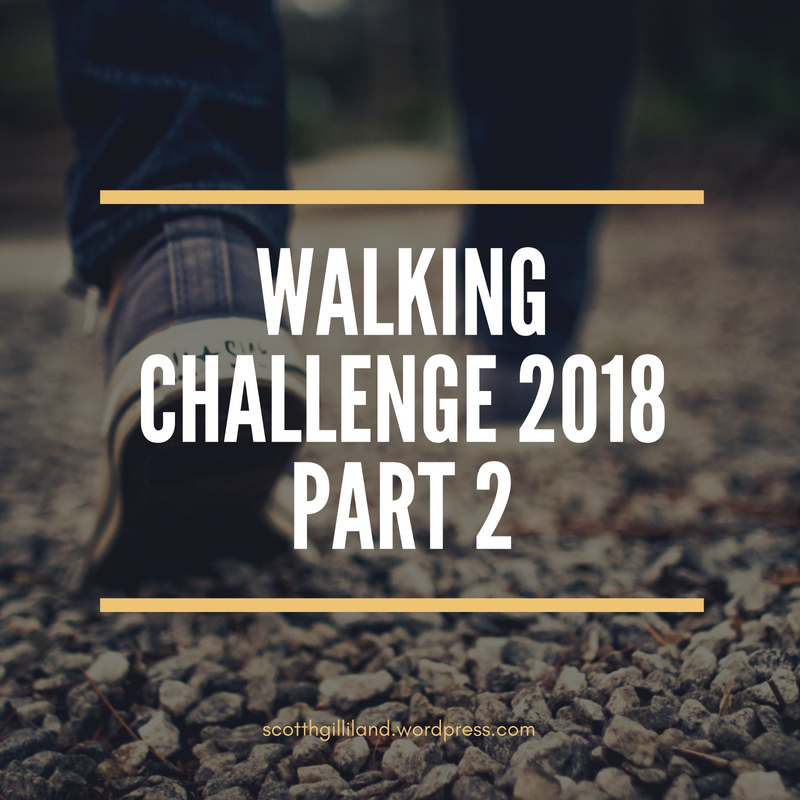 Welcome back to part 2 of my 3 parter on the walking challenge this year! The next part will be about the results and ceremony and some final thoughts. But this week I will go through what happened throughout the challenge. For the first part check it out here!

I won week 2! Much like last year where I Just went out and walked as much as I could! Walking in and out of work was required to keep it going and running at night helped a lot too! I ended up 10,000 steps behind the guy who won last week overall. Getting some steps back was the aim as I knew I wasn’t going to get away with letting someone keep that many steps ahead of me. I wanted to win this year and it seemed like the other person was walking and cycling compared to last years winner.

Well, I was wrong. I walked and ran an awful lot and walked almost 200,000 steps that week. I felt confident that I had topped the charts until I saw the table. The winner of the first week had topped again, meaning I wasn’t catching him at all. But he had walked 251,000 steps in one week. I was so deflated and memories of last year came flooding back. I had very much hoped that I would be in the mix until the last week.

I had said to myself from the start that I would not cycle or count the steps from cycling at the gym. It all had to be from steps. I would feel as if I was cheating a little bit if my phone or pedometer caught those “steps”. Maybe next year.

It was marathon week and I knew I had a good 50k of steps coming my way, but I had to get some decent running in, so I ran a fair bit over the Friday, Saturday and Sunday. I had the worry that I was going to make my feet and legs a little too tired before the race. But it had to be done!

After the marathon, I was shattered and very hurt, but steps had to be done for the last few days. I tried to take it easy, but Tuesday was a total loss stepwise. I tried my best to make up for it the last few days of the challenge, but I knew I wasn’t going to win, but I wanted to see if I could win something from the challenge, but coming first was out of my hands now.

The overall feeling that although I had walked so much, that I still most likely would not win because of that one week where someone either walked or ran a hell of a lot (over 34,000 steps a day) or in the most likely case had a long cycle over the weekend was a little hard to take. But it happened last year so I knew it would happen again in some way. The 3rd week was just very disheartening to see that 251,000 steps at the top and I think it affected me the final week a little.

Let me know if you enjoyed this post! If you want to chat more about any of my posts, please follow me on Twitter, Instagram and Facebook to also receive updates. Until next time, thanks for reading and I hope to see you again soon!