Welcome back to another part of my series where I talk about my experiences of working in a cinema. Last time I told you about when customers forget where they are. This week it is the turn of food to be highlighted, I promise not to be as gross this week. The gross stories will come in a few weeks.

Why the F**K is my food so expensive?!

That or “how much!?! You are robbing us blind!” If you have said that to the poor soul behind the counter and notice that they have a small thin smile and just nod back to you, it is because they have heard a version of that sentence around 50 times around that afternoon, by the evening it is possibly in the hundreds. Listen, we know the food is expensive, we get staff discount and it is STILL expensive with 40% off the price. We know and we understand your anger, but venting to the lowest paid people in the company will not put the world to rights, neither will venting on social media either in all honesty, those other poor souls in the customer care team, have heard it a million times this year and if their response is a bit cut and paste, well just know you weren’t the first to complain on Twitter. 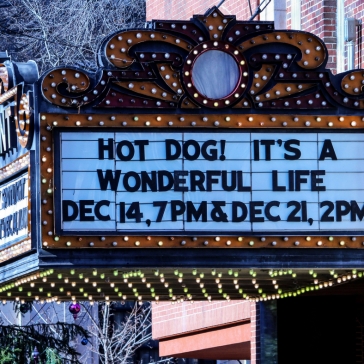 In one of the cinemas we worked in, we actually had a tally of who would get the most people complaining to us, we had to find some enjoyment over being berated over the prices that we had no control over. If we could just say “oh is £9.99 too much? Sorry, let me change that as that is a bit unfair isn’t it” we would. I have seen parents yell so much that it has made staff cry. Calm down and just sneak your own popcorn in like everyone else and claim it is for dietary reasons that you need that specific brand.

Have some insider knowledge

So, you want to know why the food is so expensive. Blame the studios who make the film. Imagine you are coming in to see the new Star Wars or Marvel film. How much do you think the film studio will take from the cinema? I will let you think of a percentage as I ramble on for a minute about something nice, like warm popcorn. Mmmm…. Got a number? Wrong. 90%. So of your say £7 or $10 ticket the cinema chain (if a large company) will see 10% of that money in the first week. That isn’t me making up numbers, which is a fact. So, the cinema chains then have to offset that with including special seats and silly add on. But more importantly, making the food more expensive. That £1 of minstrels is now £3. They got to get their money back y’all. Fun fact, a certain studio tried to claim 100% of the ticket revenue AND a percentage of the food back in the day. I won’t say which, but that is what some cinemas are up against.

The second and third weeks are better for the chains as then that 90% drops down to around 60%. But unless it is a big hit, most of the audience has seen it by then. If you are a small chain the studios are a little kinder to you as they know you wouldn’t survive from having that much taken, so they start around 65%. Independent films and smaller films start off around there if not lower, so that is always nice! An example of this depreciation in % was when a cinema I worked in had Gravity for 16 weeks. It was already out on DVD etc and we were getting 1 show a day (always sold out) because people wanted to see it. The take from the studio was so low, and with the film still being so evidently popular, we had to keep showing it. I imagine somewhere in the world it is still playing. Wee George Clooney is still drifting away somewhere in space

Sneaking in your own food

Remember when I said to sneak your own food in. Do it! (Well in the UK, I think North America is a little stricter) BUT don’t try and bring in hot food, that is just stupid, the amount of times we have had to stop people from bringing in a McDonald’s, or Pizza and even a Nandos (not a boneless chicken BTW) into the screen. They get all annoyed at us as they think for some reason that if we tell them they can collect their food after that it won’t be there or we will eat it. We are not going to eat your half eaten pizza! Just no! Stop this madness who wants to smell a pizza or Nandos while they are watching a film!? Be sensible Sir/Madam!

Cinema time is treat time right? Popcorn, Pic N Mix, ice cream, so many sugary treats to enjoy. But when you watch a family of 4 (with 2 kids around 12) buy a large popcorn and drink each and then go over to the pic n mix and FILL A BAG EACH of diabetes. Then act like it is normal and when the film is over come out with NOTHING in their hands and you check where they were sitting to expect a sweetie murder scene and see it SPOTLESS WITH JUST THE POPCORN BOX AND DRINK AND PIC N MIX BAGS LEFT. You start to wonder if we are doing something wrong. I mean I am pretty proud that they all finished it. But damn if they aren’t heading for an early grave.

Another fun one is the folks who get the biggest ice cream (4 scoops) with sauces and toppings then come out 45 minutes later for ANOTHER, we salute you. It really is impressive to see people eat what they do… The ones who make a mess are different. We hate you and no it isn’t the kids it is usually the parents making the mess who then blame their poor 5 year old. Sir we know that kid wasn’t eating the nachos! That was yours! Explain yourself.

Oh and by the way, thanks for filling your child up with sweets like they are in Charlie and the Chocolate Factory that they spew multicolour vomit everywhere for the staff to clean up, ta for that.

If they are trying to give you a deal, sometimes it is because it’s cheaper

I know, I know, I know. If you are buying food and someone offers you more things it is a trick right? Not necessarily, in my old places we would try and figure out how to make the customer get MORE for far less. This would become a little game between us all. One example is a couple and a child. The awkward family of 3, where there are never a deal for them. Well if you were getting a popcorn each and a drink each, it would most like hit your pockets for £15. But, if you got the combos you save tonnes. If they have a family mix, get one, you get a little bit extra, but it is worth it, two medium drinks and popcorns and then two kids packs. This may seem like way too much food. But you almost always finish a medium drink, so change that drink in the kids pack to a nice water for when you leave etc. Plus your kid gets not one but two toys. They are happy and you only have to pay under a tenner! 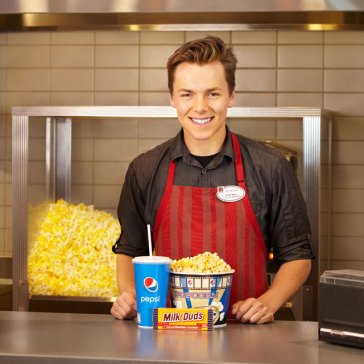 Also if there are two friends going, get the couples combo. Yes we know it is funny or embarrassing and you are not a couple, but guess what, that isn’t the law that you must be a couple. It is cheaper, so if we suggest something with something that looks like actual enthusiasm then it means it will be better for you and you will actually save some money. Trust us, we have got your back.

Okay we have been here for around the length of a Scorsese film, so lets wrap up until next week!

One thought on “Tales from an ex cinema employee: Food”