Last week I wrote that when you are on a long trip you need to be quite careful with your spending habits as it is not always possible to spend 4 weeks away and stay in a hotel every night. I focused on camping and staying in hostels, which I did in Italy and Iceland. For all of Iceland I stayed on campsites or in hostels and I saved a TONNE of money doing it this way. Whereas in Italy I had the opportunity to mix it up a bit more financially by also staying in guesthouses and a hotel. Here is how I did it in a way that I actually saved money.

The reason I occasionally ventured to guesthouses rather than to hostels on some occasions was due to time limitation. As I mentioned a couple of posts ago, I like the idea of freedom and that sometimes meant changing plans on a whim and so I would need to find a place to stay in a remote(ish) area the day before or the morning I got there. Some of these places like Lucca, Lezzeno or Viterbo did not have many if any hostels so I was having to pick something else. Enter the lovely little world of guesthouses.

To show the affordability of guesthouses and why they should not be ignored on the continent, I paid the grand total of £23 for my one night stay at Orchard in Viterbo. I can’t imagine anywhere in the UK or Ireland being as cheap as that that isn’t a hostel (and even then). The room was great and the owner wonderfully polite. I have to add, that the £23 also included a bit of breakfast. Bargain and in the end quite welcome as I had been around some new found friends from various cities I visited, so to get some alone time and explore on my own was ideal!

When I visited Lezzano (in Lake Como) I knew I was probably not going to find many hostels around, so I looked on my app and found a place that was within my budget, but had everything I needed and that was in Villa Aurora, for two nights I stayed and although I stayed in a single bed (I really didn’t need more than that to be fair) I had great hosts and I just had to cross the road to the restaurant they owned on the lake. For this I paid the small, small fee of £65. I would expect to pay that for one night in a hotel or a guest house back home. I recently checked the prices for this accommodation and I found that the prices had gone up to £120 for two nights for a single room. Also my app told me that the guesthouse is almost always sold out. This shows that by being a later booker, I was able to get an absolute steal! 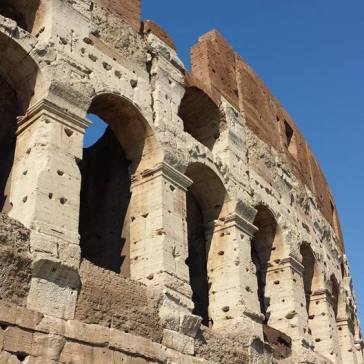 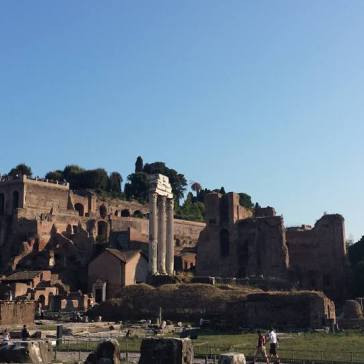 Getting that hotel for cheap

I will admit I only stayed in one hotel during both my trips and for some reason, to which I cannot fully remember, I chose Rome for that. I think this decision was made as it was the last 3 days of the trip and I had enough money to treat myself to it without having to worry anymore. But I still wanted to be careful with my money. That said I looked at 4* and above because I wanted to treat myself. So when I saw a 4* rated hotel with good reviews I thought that it would be a little rude to turn it down! The price may or may not have also been a factor on this as I also got the last 3 days of my trip for £82… Yep £28 a night. I have no idea how or why I got it that cheap as I checked the website for an updated price and it has 3 nights around the same time of year for £169. I was happy with my choice despite the hotel being a little walk from all of the usual sight seeing attractions. But I was able to have some great walks along the river on my way to and back from the hotel. One day I will work out how I got that hotel for so cheap as it doesn’t make sense to me. I can net a bargain when required, one of the reasons why I took a bit of a hold of the booking of hotels with Victoria for our New York trip.

I rarely if ever pluck with the first choice when it comes to searching. I remember I booked and cancelled and booked again and again for some places on my trips or even potential ones. If I check again and see something better has popped up, then of course I am going to book it and so when I saw the deal I got for Rome I grabbed that bargain with two hands! Well a click.

Now I will not confess to know all the tricks of the trade in getting accommodation cheap, but I did do well on mine. So to make sure I got that room for dirt cheap I merely downloaded Booking.com (Not a sponsor or anything, I just actively use them to find accommodation). Because at this point I was classed as a genius member (I just booked a lot) I was getting a little bit of a discount which was nice, but also I found that being able to look for the right place easier with the app as I could see the reviews from people and also the rating. By seeing what a lot of solo travelers thought I was able to judge whether it would be a good thing for me to also book too. 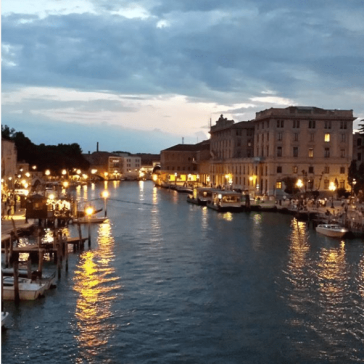 Again, I am sure many companies do this, Booking.com was just the best for me. I enjoyed having the flexibility as a solo traveler to be able to cancel for free up to a couple of days before I got there (usually 48 hours). This meant that if or when my plans changed I could cancel my booking and go to a different town without feeling stuck as now I HAD to go to that town because I would lose money.

I roughly planned out my accommodation when I was in Venice at the start of the trip and booked a few places I knew I would hit along my travels. If plans changed (such as the day I would get somewhere on week three) I would be able to alter the arrival date and leaving date as it suited. Obviously this probably caused a nightmare for the owners, but for the traveler I see it as a Godsend. I was also able to look elsewhere when I really did not enjoy where I was. This happened when I was in Florence. I had chosen a campsite and when I got there it was… Not in the best condition and I did not feel overly safe. I had tried to wash my clothes to limited success in their machines and there looked like there was next to no other facilities. So that night using the on off Wifi, I booked a little guesthouse down in the city and I fell in love with the family that ran it. As it was the end of August, the season was ending so I think I got a great deal for my time there. I remember when I was leaving that the owners said to their daughter that they had to say goodbye to Scott and their daughter said “Scott? That is a weird name! Is he a boy?” So we met and chatted a little and it was great fun. The owners couldn’t stop laughing at their young daughter. At least she knows a Scott now! Guesthouses got me out of that spot and at the same time gave me a great little memory of my time in Florence that wasn’t the food, history or architecture.

In my last post on this series people commented that I should talk about/they recommended AirBnB and I have to admit I know a few people who use that service and I just haven’t had the chance as of yet. I think I will, but maybe for another holiday as I think we are pretty certain on our hotels for New York and Toronto (Toronto is definitely not changing). Anyway, that is all on this part of the series. Next Friday I will chat about how I learned that I am a pretty good problem solver when on a solo trip! Until next time.

I have been really enjoying this series and I hope you have been too! I think we are getting close to 6,000 words now in 4 posts which is awesome to me! For more on this series thus far look below!

One of many reasons to go travelling solo: Being disciplined with money when choosing accommodation

One of many reasons to go travelling solo: Freedom

The first of many reasons to go travelling on your own

One thought on “Being smart with your money when choosing accommodation: part 2”