I like a good award season and this year, well 2019, we are in for a cracker and with the Oscars a little bit away it is time for the Golden Globes to shine a little pre-Christmas! With the results released on Thursday (6th December) I thought I would give you a little break down on my thoughts on the film section. Sadly I am not a TV buff ATM so I can’t give my opinions on those nominations. Maybe I will play catch up when I am off over Christmas! Options! Anyway, let’s get right into it, shall we?

Who I think will win – A Star Is Born

I honestly can’t see past it due to how much we know the HFPA loves themselves a bit of Gaga. I think it is up against a weak list if I am honest. I would not have put BlacKkKlansman up there or Black Panther. So with really only three films to go up against in theory it’s real challenger popularity wise is Bohemian Rhapsody, which is a damn shame as there is a film on that list that should be spoken about more.

Who I think should win – If Beale Street Could Talk

The one film on the list that had something important to say and said it very well. It shouldn’t even be a discussion about which film will win, but I fear the “bigger names” will get their film across the line, though The Golden Globes do like to throw a curve ball every once and a while…

Who I think will win – Vice

Much like The Martian a few years back we have a film that has comedic elements that have been plopped into the Musical or Comedy category to make sure it gets a win. As well as Crazy Rich Asians did at the Box Office, there hasn’t been a great deal of progress made in hiring it stars since. The Green Book is another that probably shouldn’t be in that category. Mary Poppins needed desperately to be nominated as a musical NOT nominated that has as much backing as this one would be a disaster for Disney marketing wise. But alas I feel that Vice could pick up the win. 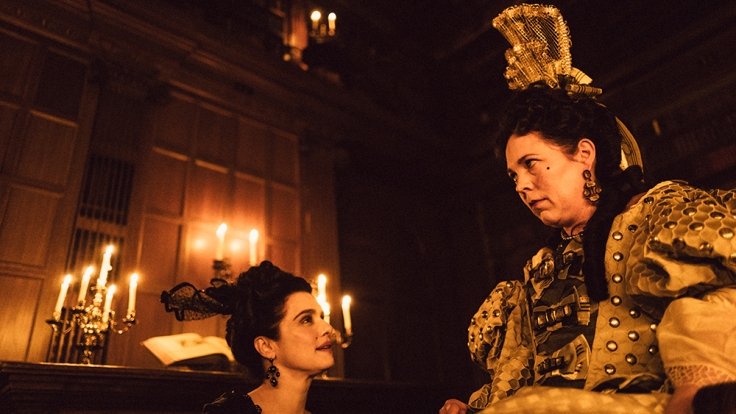 Who I think should win – The Favourite

I can’t see any film being as good as The Favourite in this category. The buzz around it is very strong and I thought long ago that there were going to be a lot of nominations at all the award ceremonies for it.

Who I think will win – Bradley Cooper

I almost think it is going to be a very strong night for A Star Is Born, but I think this is the only award Bradley Cooper will be given for her performance in the film. It is a strong list to choose from and I think A Star Is Born is the weakest film direction-wise (still very well directed though), but there we are. 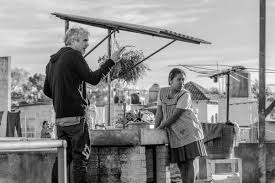 Who I think should win – Alfonso Cuaron

Cuaron is a bit of a special talent, isn’t he? He is currently at a level that is practically (in my eyes) untouchable. Roma is a brilliant film and seeing how Netflix want it to get as many Oscars as possible that they let it reach theatres tells you a lot. (I actually think it should be up for Best Drama in the Golden Globes and when published The Oscars).

Best Performance by an Actress in a Motion Picture, Drama

Who I think will win – Lady Gaga

Hard to see past her, isn’t it? She won for an okay performance in American Horror Story where she wasn’t even the best performing actress on that show in 2016 and this is the next logical step for her. 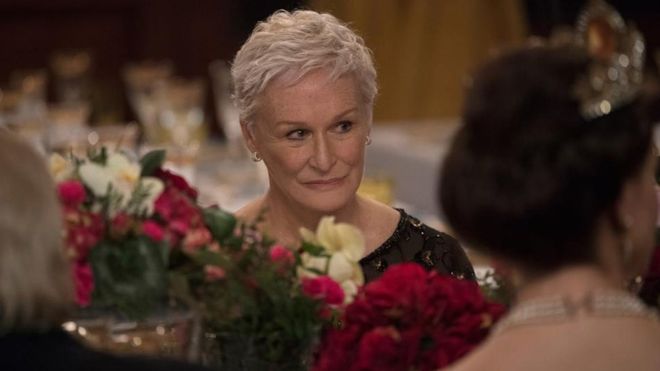 Who I think should win – Glenn Close

Having only heard positive comments on Nicole Kidman and Rosamund Pike’s performances I can only go with what I have seen and for me, that is Glenn Close. I apologise for discounting Melissa McCarthy outright, but well, the film wasn’t very good and neither was she really. The actress categories are stacked in all four and for McCarthy’s performance to sneak in is an issue to me. But so far Glenn Close to win (until I have seen the other two)

Who I think will win – Amy Adams

Shoot this is probably the toughest category out of them all and it will be at the Oscars (I am almost certain the same actress will not win both a Golden Globe and an Oscar) But I see the Golden Globes punting for Amy Adams as I feel Vice will perform well when not fighting against A Star Is Born.

Who I think should win – Rachel Weisz or Emma Stone

The Favourite just looks awesome and from all the reports I have read the three actresses have performed a blinder. It will be hard to pick between them, so I have cheated a little sorry. The only person who maybe should not be on this list is Claire Foy (who is usually terrific) but First Man was just a boring slow wooden mess of a film and no one came out of it looking well.

Best Performance by an Actress in a Motion Picture, Musical or Comedy

Who I think will win – Emily Blunt

From what I have heard Mary Poppins Returns is very, very good and so is Emily Blunt in the titular role. It will be well worth your Christmas pennies to watch. I almost picked Constance Wu as I said it earlier, The Golden Globes love to throw up a little surprise! But the power of Disney and if the box numbers are very strong then Emily Blunt will be up there.

Who I think should win – Olivia Colman

As you can tell I have a bit of a soft spot for this film and I think it deserves all the praise it is getting and will continue to get as it is fully released. Olivia Colman has been a terrific actress for such a long time now and her ability to flit between drama and comedy serves her well in The Favourite. It is her time to shine.

Who I think will win – Roma

Two films on this list should not be in this category for the simple fact they are so good that they should supersede the Foreign Language category and move straight to Drama. Roma is one of those films and because it is so good I think it will be chosen to win, but…

Who I think should win – Shoplifters

To me Shoplifters is the best film I have seen since February (Post Oscar 2018 films) It surpasses Roma in my eyes and for there had to be some bravery in making this film knowing how politically negative the theme is to Japanese society. It pulls off everything in spades and I can’t find a single fault in it. If you haven’t guessed by now, this is the other film that should be in the Best Motion Picture Category for Drama. It is amazing, watch it. I am a little sad Utoya: 22 July isn’t nominated as it was a strong film and if either of the top candidates for winning wasn’t there I hope it was close to a nomination.

Well, that is part one finished for today! There are another few categories to go and I don’t want to keep you hanging about for too long! Check in soon for the rest of the nomination breakdown.