Hello! Today will be the start of many, many, many posts about my holiday and things I learned when I visited New York and Toronto in early March. I feel it is best to go straight to the start and the first day so let’s just get right into it and chat about the things I did wrong, so you most certainly must not do the same.

Go with your instincts

This will be one of the very few times that I get to boast that Victoria was wrong and admitted to being wrong about a topic! When we were planning the holiday, I remember giving the options of how we could get to the hotel, in fact, I may have written about it here… CHECK The options were pretty simple, get a taxi from JFK to our hotel in the Upper West Side, get an airport shuttle for slightly less to do the same thing, but you just have to book it. Or get the air train to Jamaica Station, then get the subway up to the hotel as we are 2 blocks from the hotel. Pretttttttty simple right?

I obviously wanted to go with the company that would just take us there nice and easy with next to zero fuss. We could just relax in the car or minivan as we got taken to the hotel. 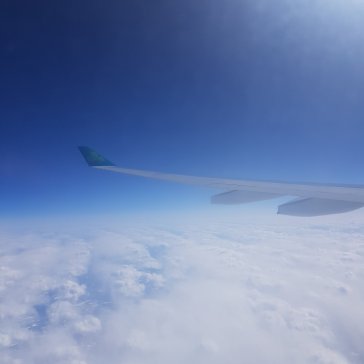 Victoria, however, felt that the $40 was a bit much and in theory it is, but in reality, after seeing the length of time it took to get there on the way back, it was a bargain. I went with Victoria’s suggestion and that is where the fun began…

If you are carrying suitcases, get the shuttle.

We had to walk over to the next terminal where the train would take us to Jamaica station and all was well. We were tired but pretty excited, WE WERE IN AMERICA! All was well with the world. When we got to the station I tried to purchase our metro cards for the week and for some reason it said that it was not accepted and that I should contact my bank… Now the less tired version of Scott would have been saying to myself “oh that is strange, I guess I will try an ATM just to make sure everything is okay.

But I was very tired due to not sleeping on the plane and I panicked. I used our cash to get our metro tickets and then tried to contact my bank. (It was 3pm Eastern time, but 7 pm in the UK and the bank’s helpline closed at 8 pm) Struggling to get through and forgetting silly things like telephone banking codes I just couldn’t get through… “But Scott, just transfer your money to Victoria’s card” I wish I could have but Victoria had major issues getting that done, so we were relying on both of my cards to get us through the holiday (Victoria would transfer the money to me). So A stressed out Scott and Victoria got out of Penn Station and were thoroughly lost.

I had planned to use the time from Jamaica Station to Penn station to check when line we should take as I thought it would be pretty simple. Turns out it was, but our stressed heads had us walking around in circles as for some reason our GPS’s were lying to us. We would walk one way to the subway line that the map told us to and then it would say that we were going the other way! Very frustrating and we were getting a little short with one another. Then we realised we had to lift our suitcases up and down the subway, over the gates, and try not to be those annoying folks on the subway taking up all the space. But we were and we apologise for that.

When we got to the right stop we found out we were on the wrong side and had to hike everything back upstairs again. I carried things when I could as I jokingly said I wanted the arm workout… Turns out once we got to the right line, we got off one stop too early and instead of walking down 2 blocks, we went up 5. So no matter what, get the shuttle. It may be a little late in arriving, but it is better than getting a little lost and frustrated.

If you can sleep on the plane…

We had a morning flight as we wanted as much of the day or evening in New York as we could get. So that meant getting the bus to Dublin at 4.30am so we could give ourselves a little bit of extra time to get through security. Victoria didn’t want to sleep the night of the flight in case she slept for too long and we missed our taxi to the bus station. I decided to have a little 2-hour nap to at least get a little rest. It ended up being a terrible sleep, but essential. Once at the airport, we thought we could rest up a little and just chill at the airport and as we didn’t need to buy anything as we thought we had prepared and packed well (back to that in a minute)… I had always heard how time-consuming getting through United States security was, but Victoria and I got through pretty quickly, the queues weren’t too long on any of our journeys there and back and also to and from Canada (being good little citizens will get you far).

I got through first and waited patiently and I know it wasn’t any more than 2 minutes, but it felt like Victoria was with her officer for an age and a day. I was sure she was going to get taken away as that would have been our luck. But we breezed it and I thank them for that! 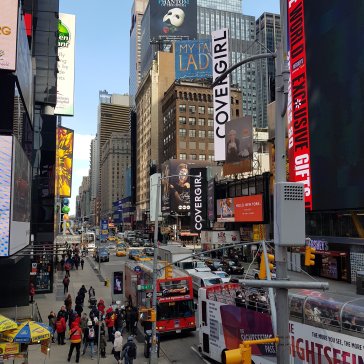 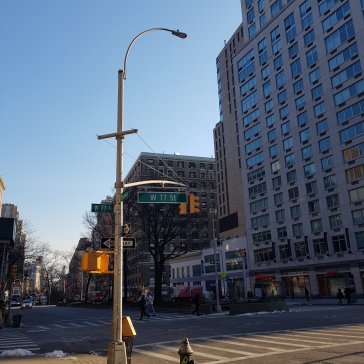 Anyway, I digress. Due to being up for so long at this point I thought I would just sleep on the plane. I do this a lot and even on short domestic flights, I will be asleep from wheels up to wheels down. I like to think of it as a skill. As we lifted off I fell to the same pattern as always and dozed off. But not too long in I had awoken and I was done. My body thought it had enough sleep and I just couldn’t get my head down again. Victoria was thankfully out for it, but I could feel a headache coming and I rarely get any headaches, so I assumed tiredness was coming in. But hey, I watched Inception and The Revenant, so it was okay (Aer Lingus love their Leo) When we landed, the headache grew and with the stress over my bank card, it was overbearing. I had to lie down and I was so disappointed that I wasted two hours doing that. The preferential choice would have been to bounce about right away, but fortune was not on my side that day.

Triple and quadruple check what you packed before you leave

One thing we both forgot to pack in our luggage was gloves. I thought the temperature was not predicted to be too cold, but boy the wind chill caught me out terribly. It seems when it is around -1 in New York it actually feels like -8740982640263061410 in New York because of the wind chill. If our hands could speak they were probably saying “What did we do to you?!” We then spent immediately found a stall to purchase some lovely gloves. But, you would think my stupidity would have ended there, but ohhhhhhh no. I left my woolly hat on the sofa. This enraged Victoria a little as she had bought her friends (who we were going to visit in Toronto) the same brand of hats and had planned for a little photo of all of us wearing said hats. Oops.

Luckily for me, Victoria forgot a few things as well, so I didn’t feel as bad. We only forgot a few items of clothing and nothing truly essential that had us panicking! But aye, check everything as much as you can and probably won’t be a last-minute packer like me.

Breakfast in Dublin airport will bankrupt you

Recently Victoria and I visited my best friend in England to attend her wedding (spoiler it was great) and we flew in via Belfast City Airport. It was a morning flight, so we indulged ourselves in a little breakfast, it came to under a tenner which I was surprised at as my most recent experience in an airport buying a breakfast was in Dublin Airport where we spent over 15 euro for a tea and the smallest fry every created. It was truly pathetic and I am still trying to recover from the shock of it. I learnt my lesson that day… Bring something down with you before you spend all of your money before you even see a plane.

It wasn’t all bad though…

Everyone was so lovely to us when we braved up and asked people for advice. In fact, on a couple of occasions, some nice folks just noticed us looking pretty damn lost and tired and asked if they could help. They were great and I found that the entire time on the trip, everyone was just lovely.

We also couldn’t get over just how big everything was. We are from a capital city and thought we would be grand, I have lived (for a short time) in London and thought, oh I will cope fine with all of this. Then we looked around and everything was just so big. I didn’t mind the busyness of the city, but I was in awe at just how big it was. It’s amazing. Anyway, we got to our hotel and settled in for a bit of chilling and I will leave it there. It is so weird to think it was a couple of months ago since we were there as it is all so fresh in my mind.

I hope you enjoyed this post and get ready for little stories of our trip for the next few Fridays! Until next time.