Spoiler, not my brightest of ideas, but one I actually enjoyed for different reasons! A 30-mile race followed the next day with the first race with Victoria in a flat 5k. Today you will read about the 30 miler attempt! Shall we?

Funnily, this wasn’t the race I was most nervous about over that weekend. This was just going up and down a 900-foot incline 3 times for 30 miles. Nothing really to think about. I have finished this race before… Well, the marathon version, which if anything, had a larger incline than this one as we went all the way down to the shore before venturing back up, so adding the who knows how many feet in ascent!

The point was I had done this before, I just had to try and get through it injury free for tomorrow to run with Victoria, which is quite the challenge to set upon yourself when thinking of a hill race! I knew if I felt any sort of twinge, I would stop at the end of that lap and that would be that. Let’s get to Sunday and support my athlete.

Being around the EAMS crew is always a joy, they are such a supportive lot who look after you. Though I am surprised and yet not surprised as to how the races have grown in just my time with them. I remember some races just having 50 or so entries and yet this race felt like there were over 100 runners going up that hill and enjoying themselves (well maybe not so much on the uphill).

The race starts well with me trying to pick a sensible pace on the flat before the hill. I know I am a bit behind, but I am not overly concerned with chasing people down yet. I just want to finish so there is no point in bolting for it at the start. I am always a better runner when I have a visible target to go for, up or down hill. I somehow struggle on the flatter surfaces (more on that later). So start slow and catch people on the way up and down and just survive the rest. Simple enough plan.

Uphill running has always been fun for me. I get to pick a slow pace and just battle through it and keep going. Watch the others go faster but eventually tire and begin to walk as they have exerted themselves a tad too much. Whereas I can just keep chugging along at my tortoise pace. I mentioned before about a marathon on the hill (but in the other direction) in which another runner commented on how I had the pace set very well for myself on the uphills. They are my thing and I love that I can just get comfortable in them.

There were a group of ladies run walking up the hill and I try to just keep my head down and not to concentrate on them other than making sure I get past them and hopefully stay past them. They support each other as the two faster runners are always a bit ahead of the others yelling back down to them. Great stuff to see from running friends and it makes me think of the fun Victoria and I have when we run together. That you are with someone else who can support you if needed. I eventually pass them and then come up to the hill for the monument. It is a hard hill to get up so walking for a small portion is required, I was thinking self-perseverance on this one.

Upon reaching the top I make sure to get a few pictures to prove I did it and then back down I go, at a much much MUCH happier pace. I spy a few people running together to get their pictures as a group at the monument, which is always fun to see on the Facebook page later!

Down I go giving good luck messages to those still climbing, then I over take a few people and now the chase truly begins! I see a fair few runners up the road and know that I have to get to them before the flats. I pick the pace up, but make sure that I am comfortable. I am not risking anything, I have seen too many people pull up injured on the downhill parts of a race after an arduous uphill run. I know I am a faster runner than them so I will catch them and I do, closer and closer I get towards them, looking at the lovely scenery of Country Antrim. It can be quite nice up there on a good day and weather wise, this was a good one! I get to over take around 6 or so runners on the downhill and see some others on the flats. Then it goes wrong.

Flat running and my ongoing issue

Uphills – grand, downhill – grand, flats? Useless. I somehow lost all confidence in myself and all the doubts hit me like a tonne of bricks. It wasn’t a wall, or at least not one that I am used to. I can generally keep going… Just a bit slower than I would like to go. Which can be okay, but boy is it frustrating! I notice the runners ahead have picked up their pace and they are edging away from me. I try to tell myself that it is okay as I will get to them on the hills as I have been doing quite successfully, but for some reason, I just can’t motivate myself to keep that pace up to at least stay with them. I am now on my own. At least with the other runners at the start, I was distracted by the flats. On the hills, I am focussing on keeping it steady. Yet I can’t just keep my mind at it with the flats. Which is daft as on normal flat races or runs I am fine, it just appears to happen on these long country roads after the downhill or before the uphill. It has happened before and I was hoping that it would be gone. But nope. Still there waving at me, making me do anything but notice it!

I curse myself for performing badly and notice I have lost time over my projected 1:40 per lap. So I try to get going, just a little kick until the hill. It works for a while but again the motivation and ability to keep going on the flat has gone. Thankfully after what felt like 5 miles, but was only 3, I get to the hill and up I go again. I spent a little time at the refreshment point at the end of the lap to try and focus and get my head together. I get asked about the hills and I say I am enjoying it! They look at me a tad mystified and then I explain my issue and I will admit it is a little rare (so if you have encountered it get in touch!!)

The hill is a little harder, but hey I am at 13 miles and that is to be expected. I almost repeat myself with the run from the first lap, just different people to encounter. I feel okay, but I know now that I could break again at the flats. I try to stick to people and not over take during the downhill as there was a group of 4 running together. If I stick with them I will be good. 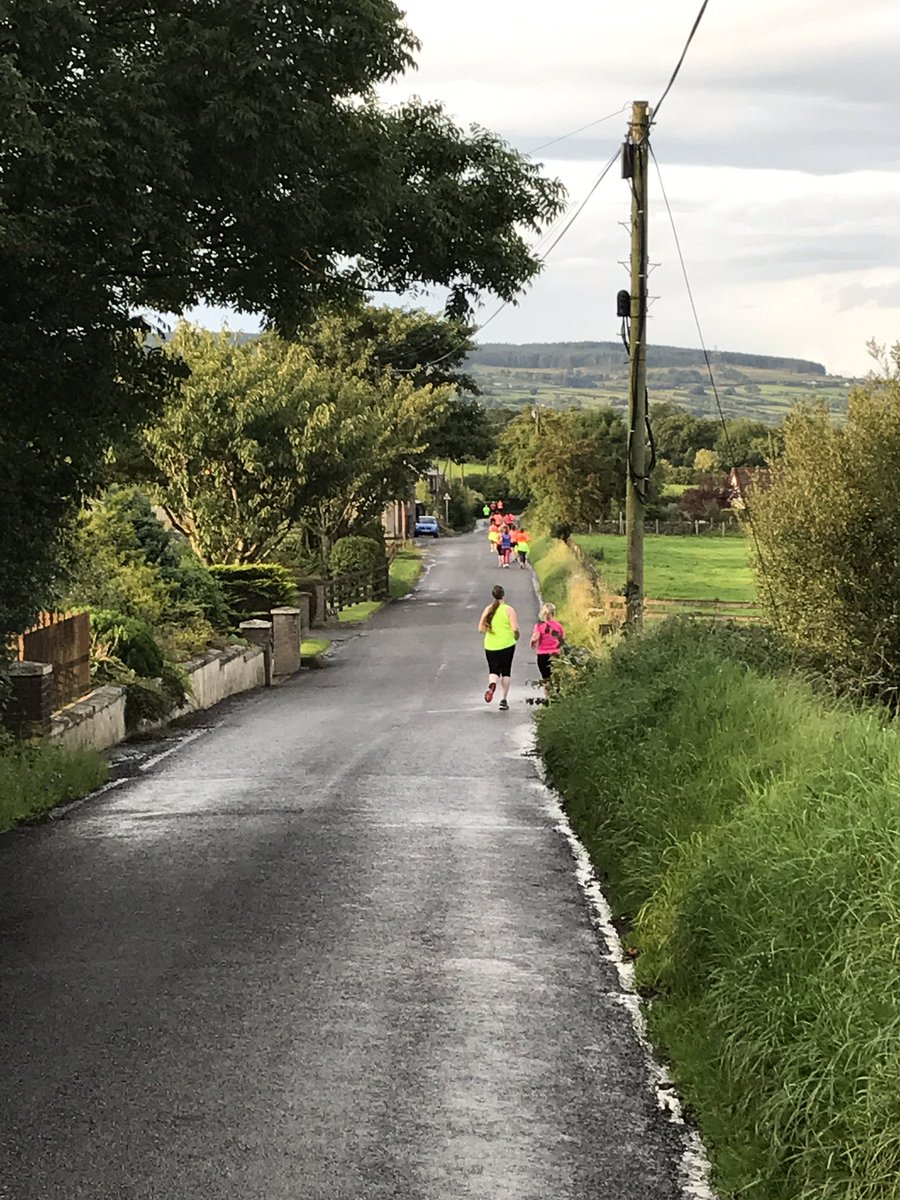 Of course, once they hit the flat, they kick a little and I simply cannot catch or keep up with them. They have been conserving their energy for the flats and I am not sure if I haven’t? I mean I felt okay, but I just couldn’t keep going, but I know if there was an uphill right around the corner, that I would be up past them thinking how easy it is. It could be conditioning as I have been off it. I simply do not know!

As I near the end of the lap I feel my legs hit some pain, mostly in the hamstring and I realise the dreaded thing has happened. I have got injured before Sunday, I try and run it off and it goes away, but comes back in subtle shots of pain, but not enough to overly affect me. I reach the mats and decide, for the myself that it is best to call it a day, 20 miles is good and I don’t want to risk anything. Am I also secretly happy that I don’t have to do another 3 miles of flat… You bet. I feel a little disappointed, but not too much. I have ran well and tomorrow will be exciting!

If you want to chat more about any of my posts, please follow me on Twitter, Instagram and also to receive updates, Until next time, thanks for reading and I hope to see you again soon!